It will be held virtually.   You can either email AGM2020@lawsociety.org.uk to get the link to register, or go straight to the following link:

There will be a facility for electronic voting for all those registered to attend.

Here is the link to the notice of the AGM:

I have been sent an email from Janis Purdy who is the Hon Secretary/Treasurer of Association of South Western Law Societies (ASWLS) and Member of the Council Membership Committee.  ASWLS represent the interests of Plymouth along with the other regional areas in the South West at the Law Society Council Meetings.  She makes the following representation to vote in favour of the reforms:
The Agenda

On the agenda will be a resolution to amend the byelaws to bring into effect proposals to reform and improve the representativeness of Council.   These  proposals  have been worked on and carefully refined over the last three years by the Council Membership Committee (CMC).

I am writing to urge you to please vote in  favour of these reforms.

At the last Law Society Council meeting on 8th September 2020,  Council voted by a majority in favour of  the main thrust of the proposals for reform of Council,  as recommended by the CMC.

To bring these reforms into effect there will have to be a two-thirds majority vote at the AGM in favour of amending the byelaws.  The byelaws to be amended to bring in the reforms,  as voted on by Council and brought to the AGM as Council business,  are the subject of Resolution 3.

The more detailed notice setting out the resolutions and byelaws to be amended can be found at the end of the above link.   I have also attached that notice to this email.    But please note that there will be some last minute amendments to the notice,  to be posted probably on Monday.

(Please note that Resolution 4 is another proposal for reform,  basically to limit Council Members’ terms to 12 years, with a few exceptions.  But this Resolution is not brought as Council business.  I am not addressing my remarks to this Resolution – only to Resolution 3.)

What would the changes mean for the South West and Bristol?

I can sum up the overall effect of the proposed reforms  for Bristol and the South West as follows:

The South West will no longer be a region.   (Council did not vote of favour of regions.)

There will be designated Council seats for  specific geographical areas which align as closely as possible with existing local law societies.  Those seats for us in particular will be:

Monmouthshire will fall within  one seat allocated to South Wales,  specified as Cardiff and Newport.   (This is because all Welsh seats are to be designated as specific seats within Wales.)

No seats have been lost in our region – just reallocated.

What would the changes mean for ASWLS?

So far as ASWLS is concerned,  there will be no effect at all on its continuing existence and operation as a strong regional association.   And, specifically, the changes do not affect MILS as a continuing member of ASWLS.

One of the issues raised at ASWLS has been the “hard butter” effect of the present regional structure in the south west.  By this I mean  that all four CMs for the south west (but not Bristol) could come from one or two geographical areas, rather than being spread out like marmite over the region.   So these proposals will see an end to that possibility.

What would the changes mean for Council as a whole? And for the profession?

For Council as a whole, geographical seats will be reduced to 47 (from 60).  This is to allow an increase in work-practice sector seats to 33, and an increase in characteristic seats to 18.

This is the one opportunity we will have for the foreseeable future to reform Council so that it is more representative and more reflective of the face of today’s profession.

I strongly believe that we  need to make room on Council for those in our profession who are presently  underrepresented, and whose voices are by and large unheard.   They are,  for example –  junior lawyers, ethnic minorities, women lawyers,  solicitors working inhouse,   solicitors who are 6-12 years post qualification.  And then there is the growing number working in the large corporate commercial sector.   If I were in a geographic seat on Council I don’t think for one minute that I could represent all of those different interests.

Don’t forget that those solicitors who are presently unrepresented and unheard are also geographic constituents,  and  they are probably  feeling fed up and somewhat disenchanted with The Law Society.   We don’t want to lose them.

This proposal is positive and forward looking.  It achieves fairness and balance.  I believe it’s the right thing for Council, for the Law Society, and for our profession.

The AGM will be a perfect  opportunity to show our members  and the outside world that The Law Society is  prepared to change.

I do hope you will register and vote in favour.

Member of the Council Membership Committee 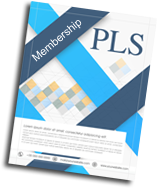